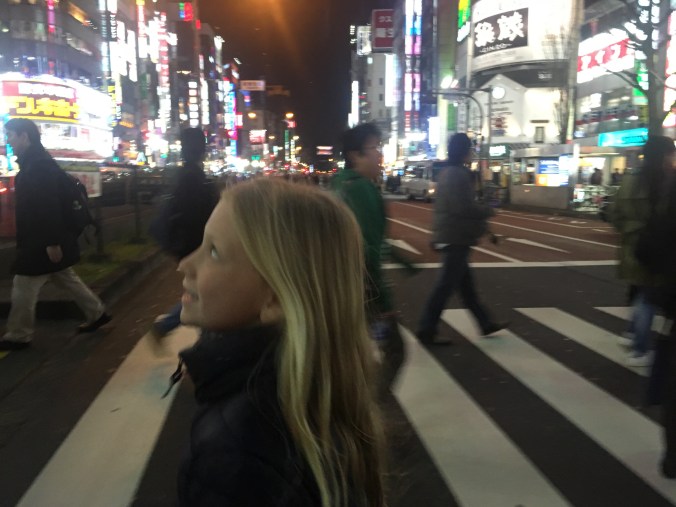 Japan feels like a comic book because there are so many things to see. 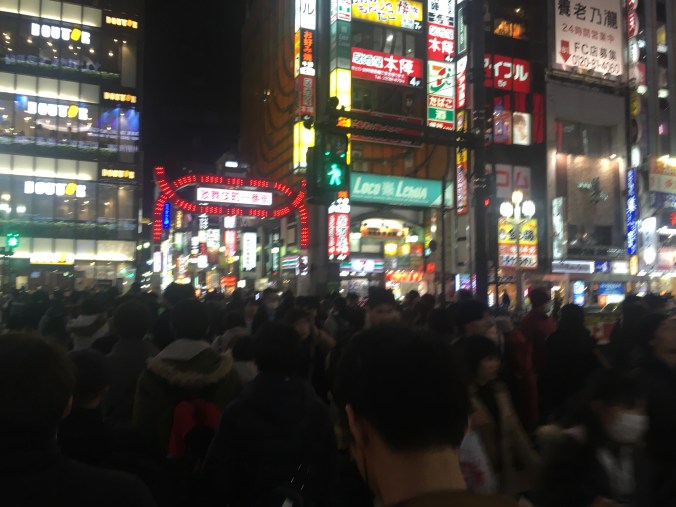 Japan has a Disneyland and DisneySea.  I went to Disneyland! It was fun, but DisneySea has the Tower of Terror and I really thought it would be fun to see all the people screaming.  I went on lots of rides and guess what? The rides are almost exactly the same as the Disney in Paris and the Disney in Florida, but the food is waaaaaaaaay different.  Plus, in Tokyo everyone dresses in the same outfit as each other and the teenagers here like to act like they are little girls. They dress up in school girl costumes mostly. Couples even dress the same.  Also, everyone is wearing Disney accessories so Mommy and I got us Mickey and Minnie ears to wear all day too. They had all kinds of popcorn like soy sauce popcorn, curry popcorn, honey popcorn and lots more!! They even have a New Orleans street in Disneyland Toykyo with a New Orleans restaurant, shops and a theater where they were performing a carnival show! 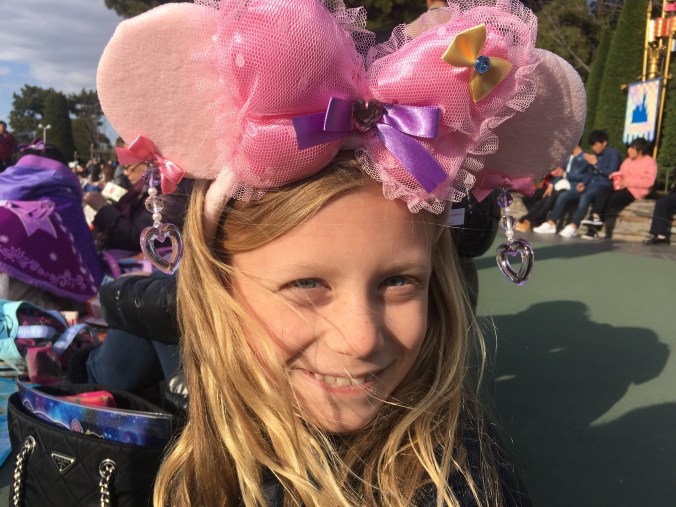 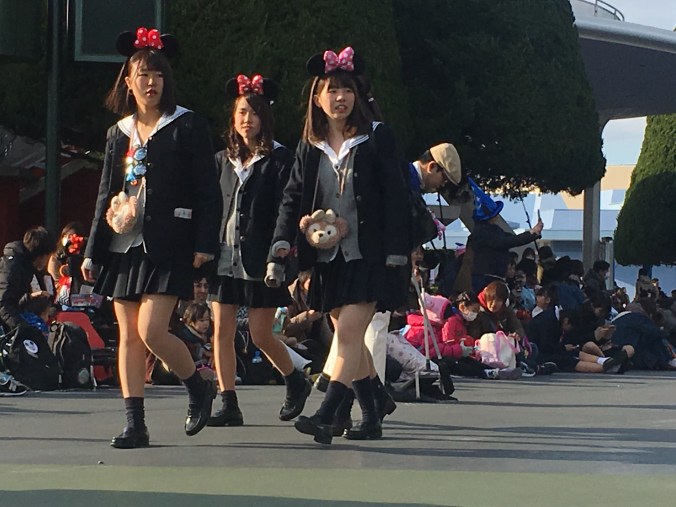 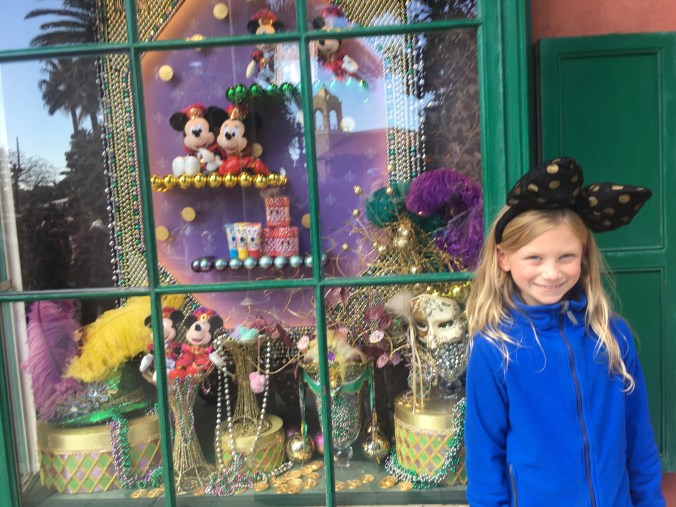 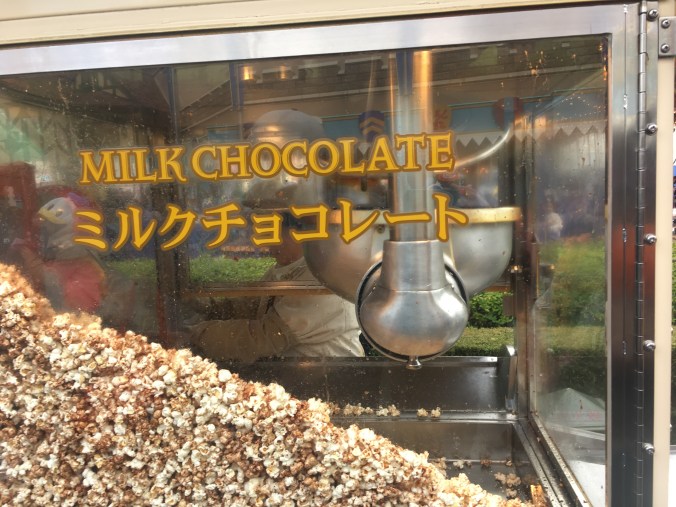 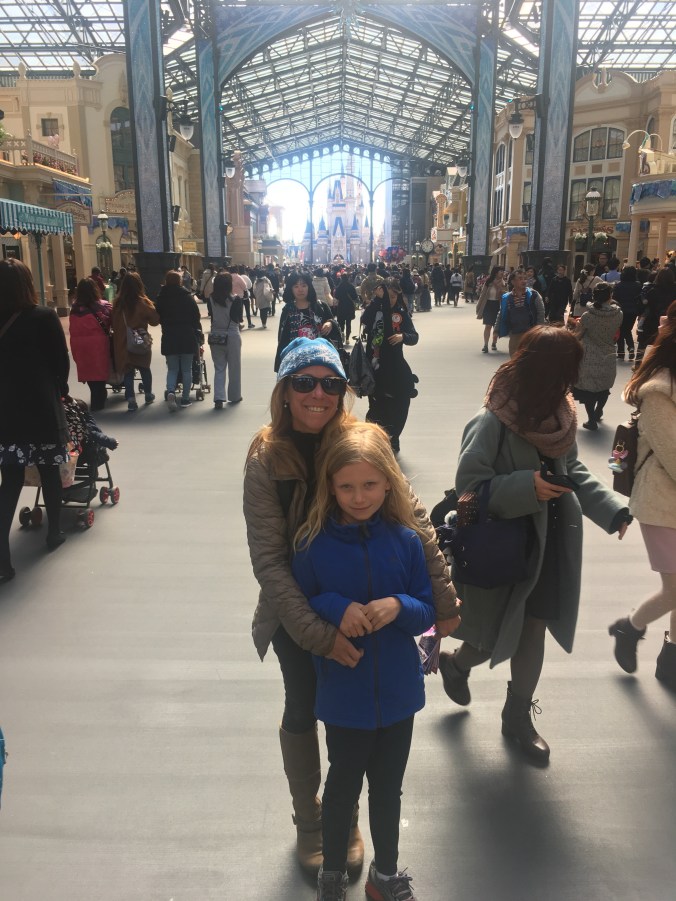 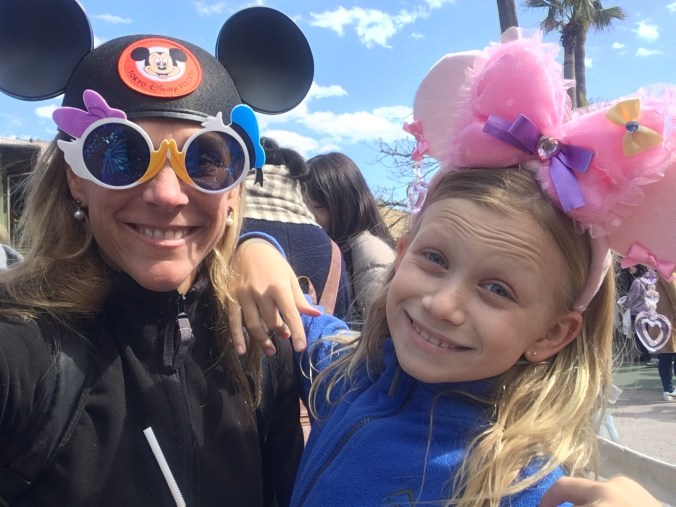 Japan has all my favorite things in one city and the city feels like you are inside a comic book.  Wherever you look, you find crazy, funny things.  They put a smiley face on everything. It is really cute.  We found a cat cafe, but no kids under 12.  Sad. It is a restaurant where you can hang out with lots of cats. Crazy! 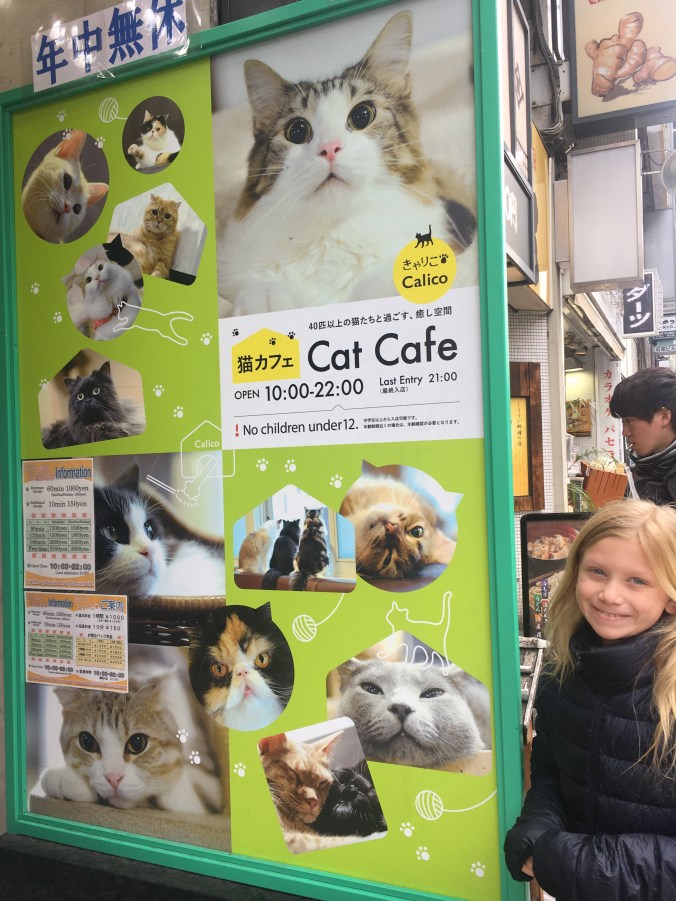 We took a city tour around the whole city and went on a boat too.  I had no idea Tokyo was a city right on the water. And it is a city that loves vending machines! They have crazy things in them too. Also, they have a crazy way of advertising. Besides putting faces on everything, we followed a band that was advertising a drug store. We followed them right to the store.  It was like a second line! 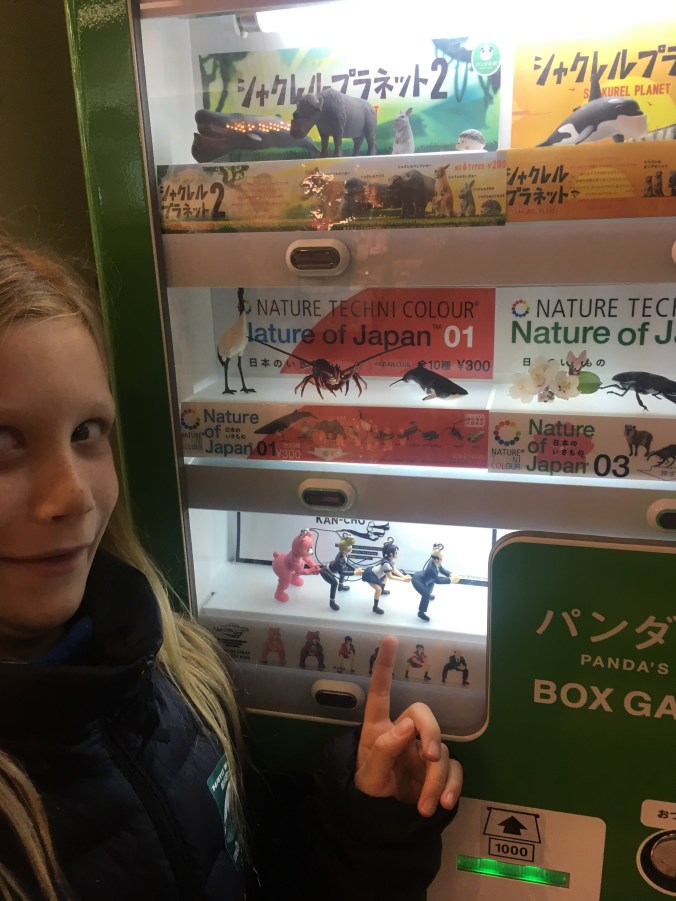 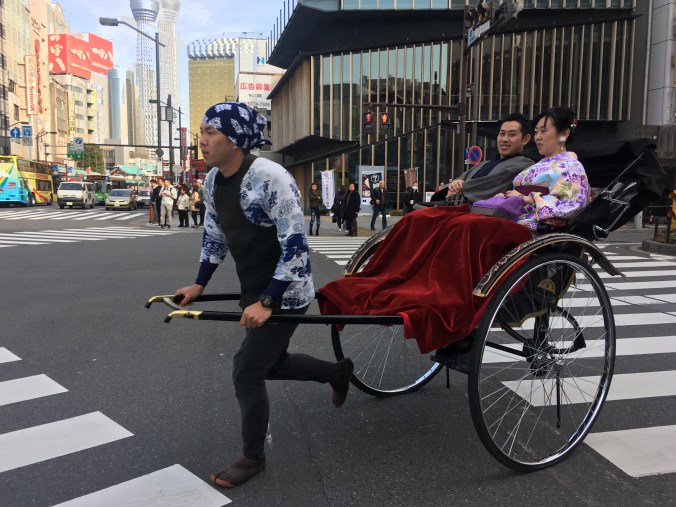 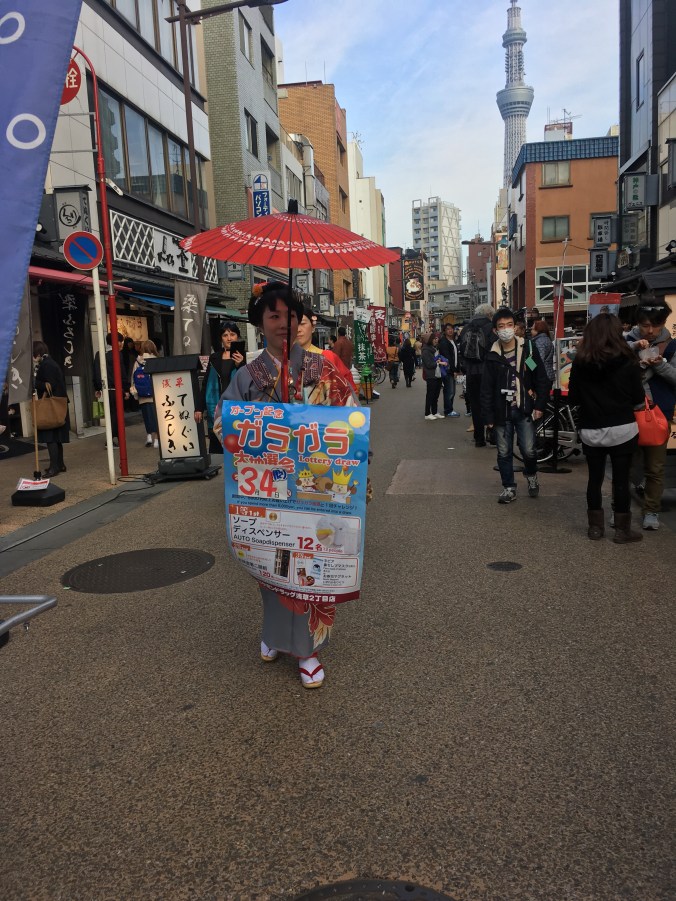 I should talk a little about the subway. It was so big and so busy. It was crazy. Everyone is pushing too.  Super crowded and very hard to walk around all the people. Probably shouldn’t have taken it at rush hour the first time. We got good at not getting run over. It is the best way to get around because the traffic can be so bad in the city. 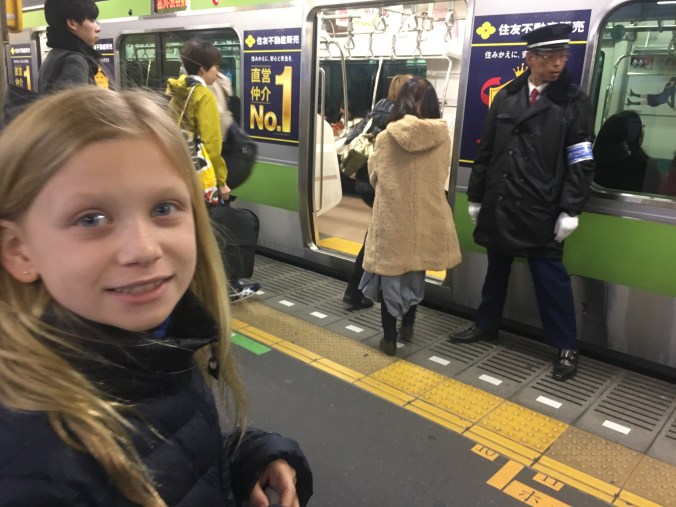 One of the best things we did was take a trip to Mt.Fuji.  It was covered in snow and because of the snow, we could only go up to the first level of the Mountain. Japanese people believe that they should each climb the mountain once in their life. I would like to do that. We spent the day in the countryside by Mt.  Fuji. They have a crazy amusement park.  The roller coasters were amazing! We also took a boat ride around a beautiful lake and went to the top of the mountain next to Mt.  Fuji to see Mt.  Fuji. It was so pretty out in the countryside. They have lots of farms for green tea! 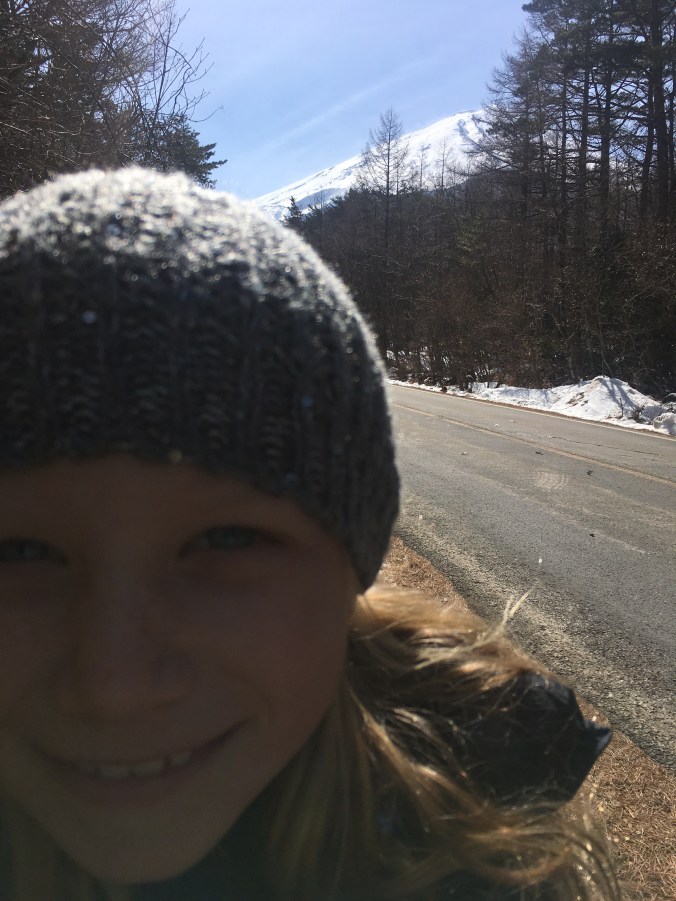 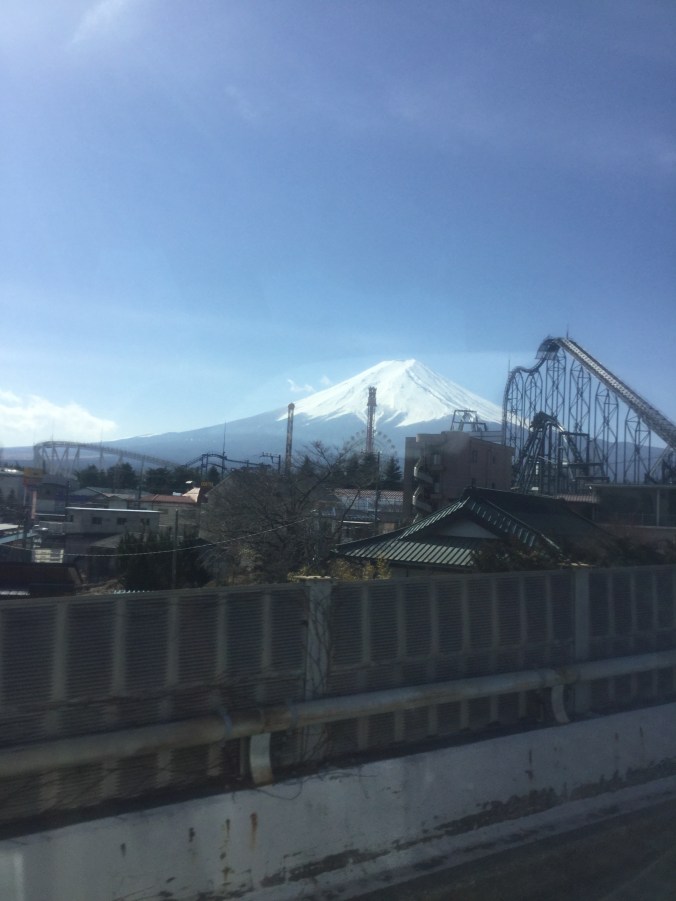 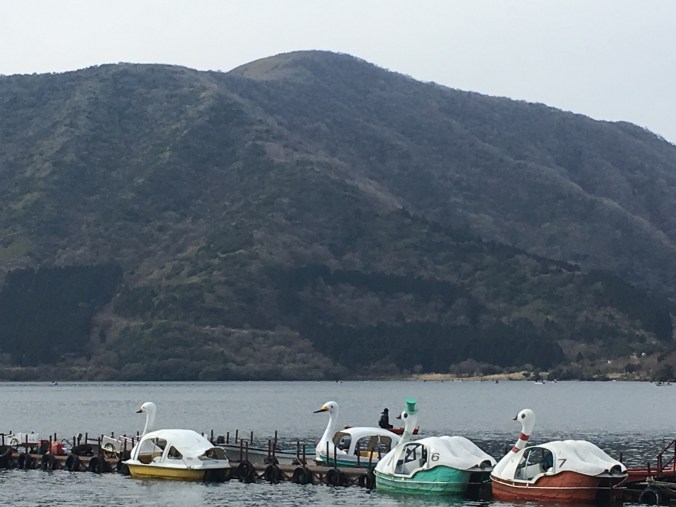 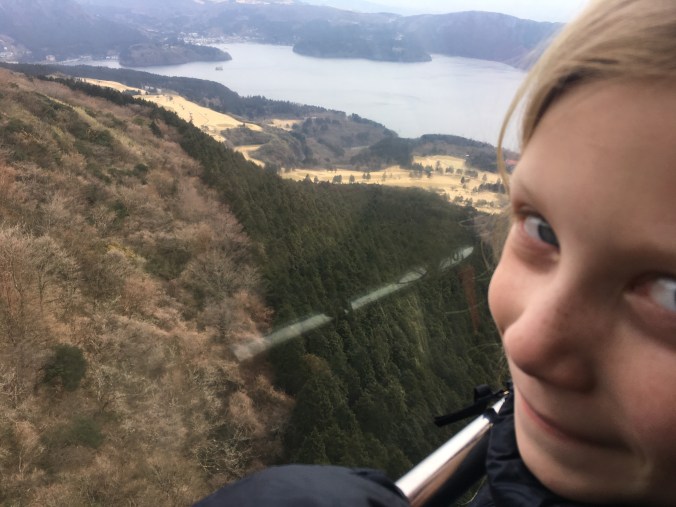 Have you ever seen the movie Totoro? Or Kiki’s Delivery Service? They are amazing!!!!!!!!!!!!!!!!!!!!!!!! They are creations of the coolest guy ever and his studio. Studio Ghibli. We went to the Studio Ghibli Museum in Tokyo. No cameras allowed inside so you will only get to see the outside. It was so fun inside too!  They show a short film in the museum.  We saw the one about an egg. It was the cutest egg ever.  She worked for the wicked witch. She was making dough and the dough comes alive. They end up running away together. It was such a great movie and it was in Japanese. The movies are made so you can understand them in any language. Mommy likes to point out that the egg was a hard worker which is funny because in Asia, they  have a popular character that is a lazy egg. It is hard to get tickets to the Museum because they sell out in a zap! Best movie studio ever!!!! 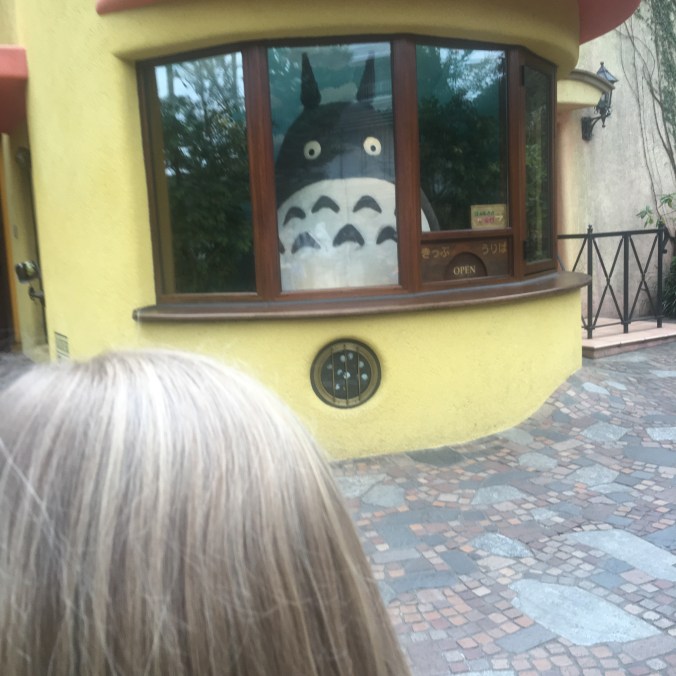 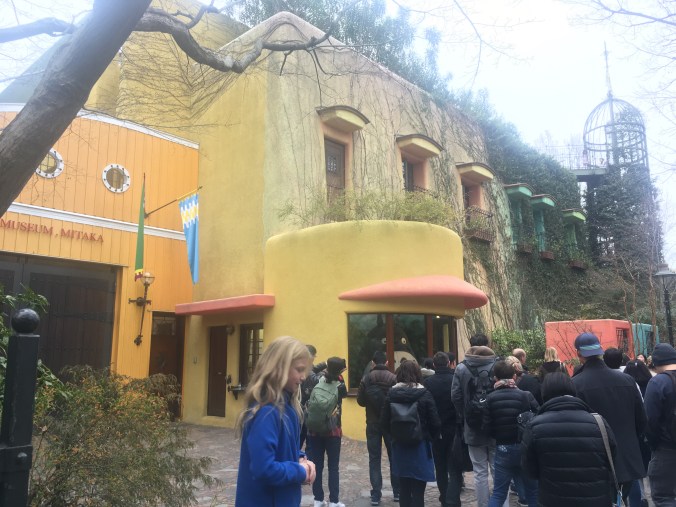 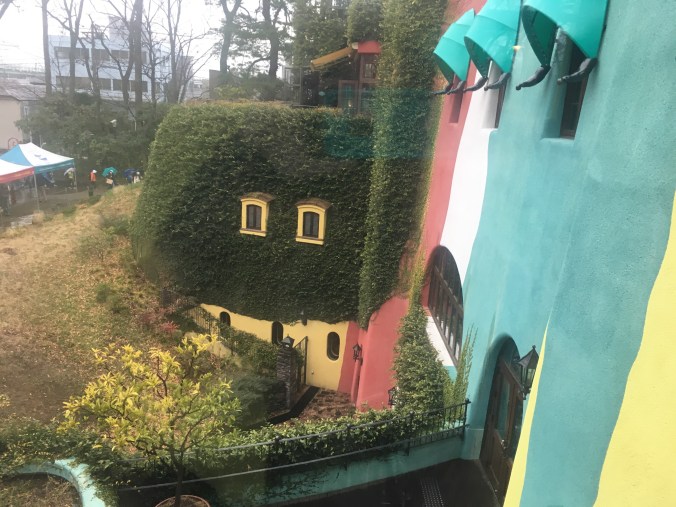 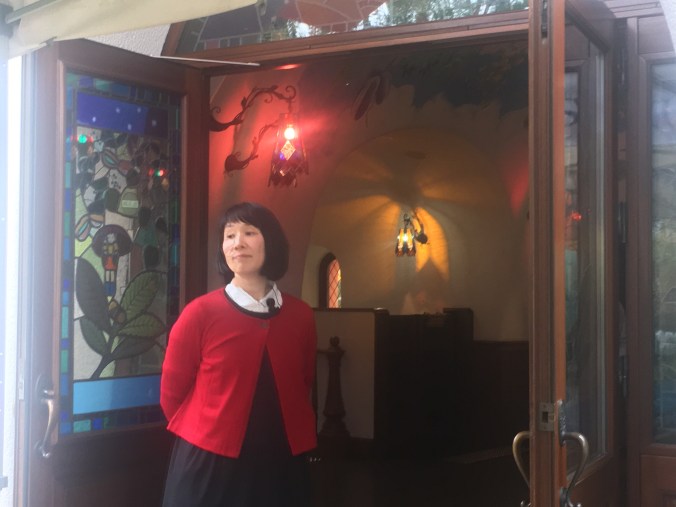