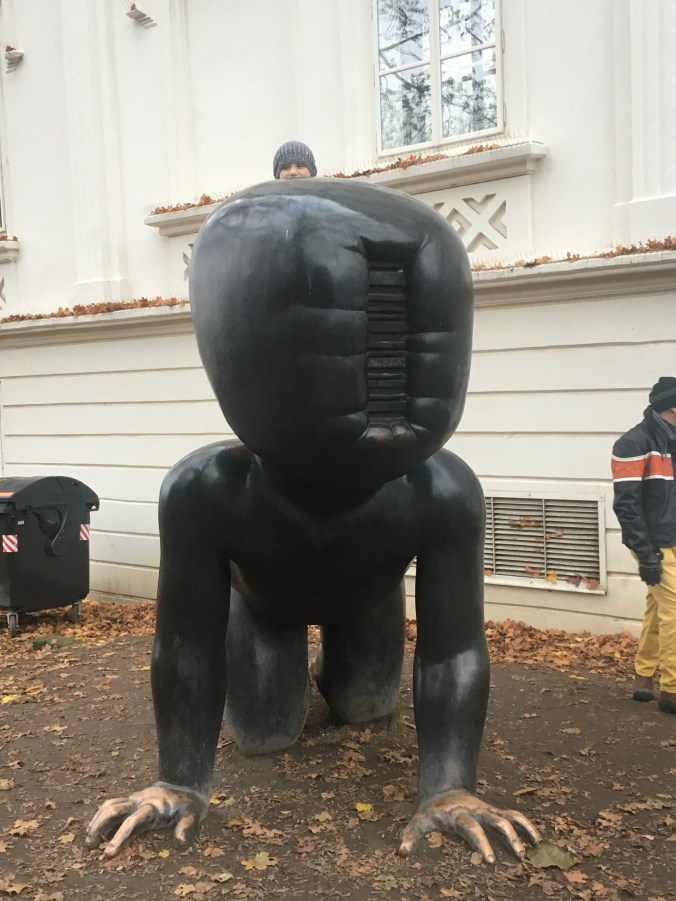 Wow, I love Prague. Do you know why? Well,they are sooooooo relaxed and they know how to have FUN!!! And we’ll, let’s start talking!
The first photo is our view today. See the Christmas market???!!!   We have the best neighborhood because it is a real neighborhood. It  has no tourist! Just regular people walking around and that means we can be a part of a neighborhood and get to know the people and places around us.  Also, when you are in a neighborhood, people don’t speak English and that’s cool because you really feel like you aren’t home.  In a touristy area everyone only speaks English to you.  And when you are in a real neighborhood you get to see what they’re supermarkets and craft stores are like.  I loved buying tape at the craft store because it’s different than what I have at home.  Plus, no tourist are running around wanting to take a tour of the supermarket, but if we want to go to a museum or to the touristy areas, we just have to jump on a tram or take the metro. 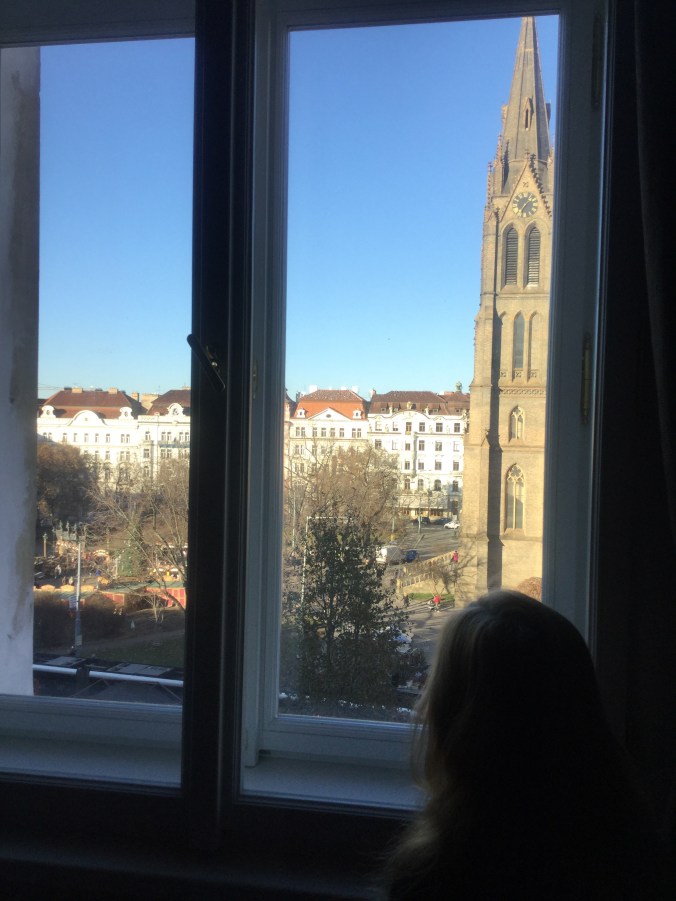 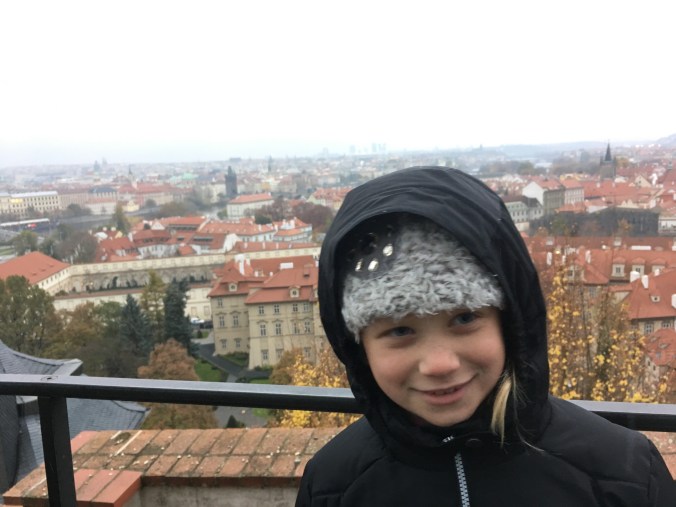 The biggest tourist area in Prague is Old Town.  One of the biggest things to see there is the Astrological Clock.  The first part of the clock was built in 1410. Every hour, on the hour the clock gets a big crowd gathered below to see the a skeleton ring his bell, the statues next to the skeleton shake their heads no all while the 12 disciples circle above. A golden roaster crows at the end and the whole crowd claps and cheers.  I have watched it 5 times because I found a restaurant right in front of the front of the clock that has the best chicken in the world! At least in the world that I have seen so far. 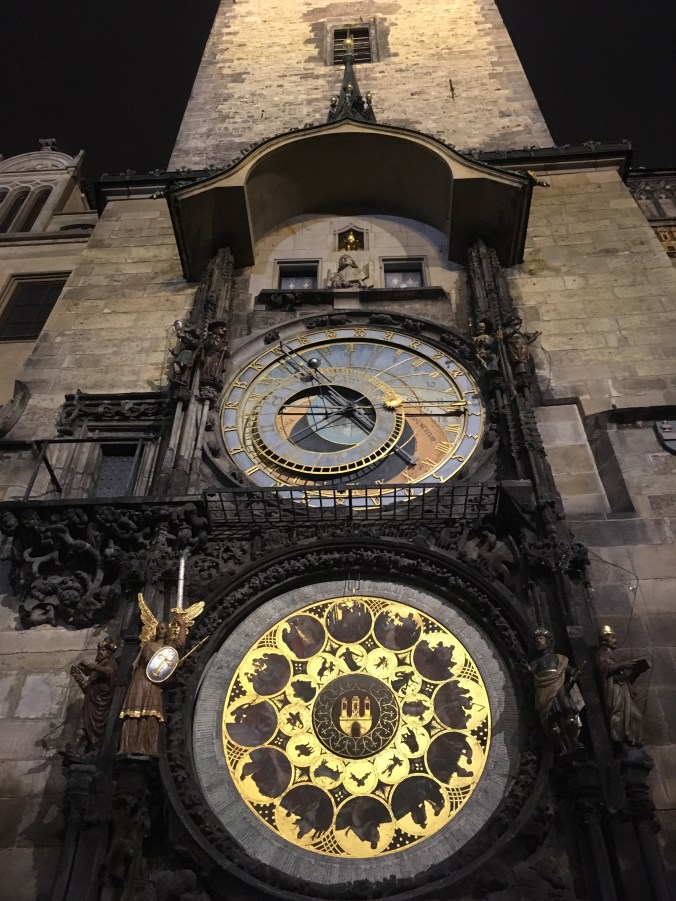 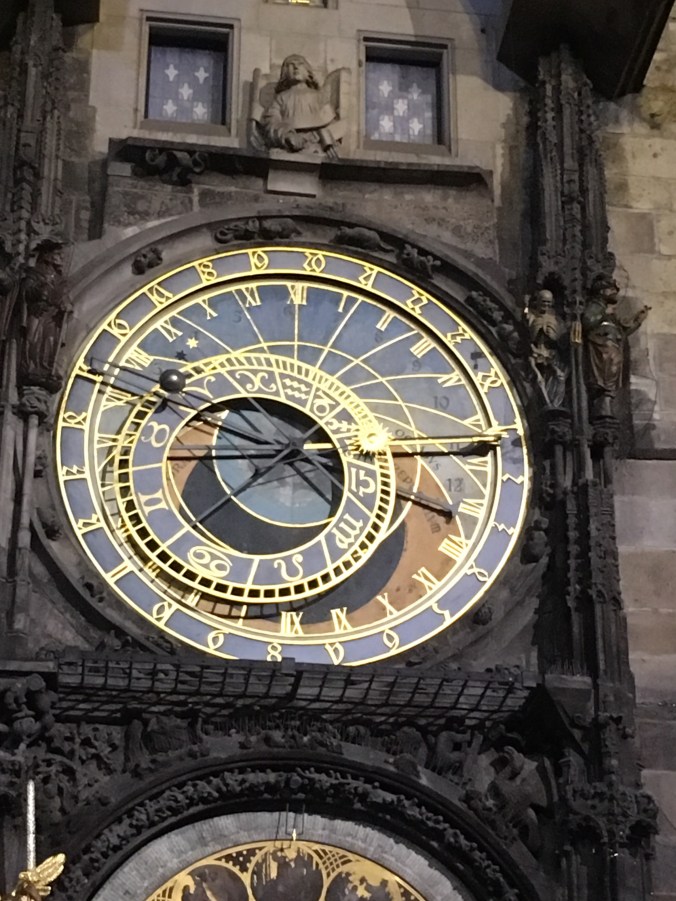 Prague has one of the best zoos in the world. It has animals that I have never seen before like Polar Bears and hippos.  The zoo didn’t have any rides, but had lots of one type of animals like 2 polar bears and 3 hippos.  Not just one lonely animal.  The elephants had a HUGE area and lots of elephants.  They even had a baby.  Most all of the animals had babies.

It did have one ride but it was not really a ride.  It was a way for the people to get from the top of the zoo to the bottom.  I must be getting more brave because I rode it! It was so fun too. 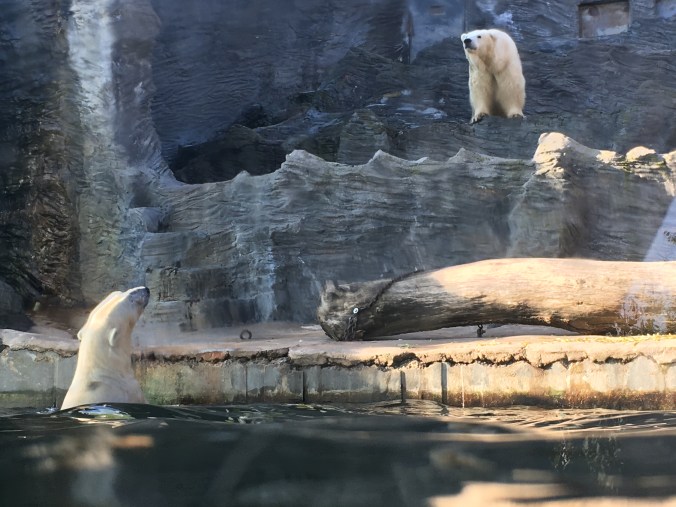 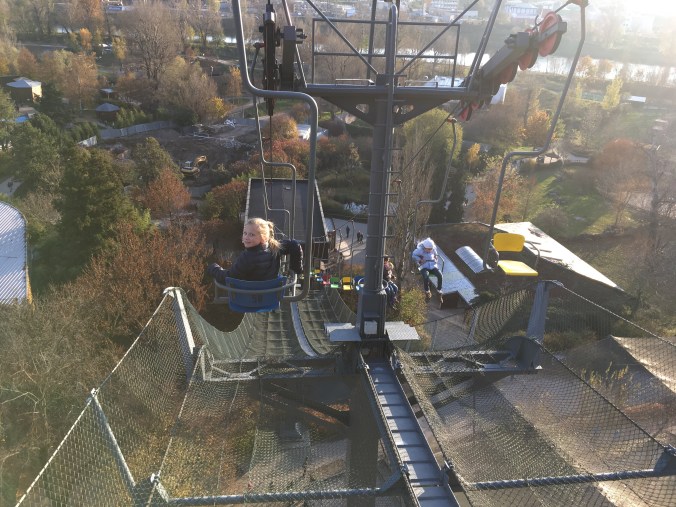 I went to my first real soccer game.  They call it Football.  It was huge and it actually snowed while the game was going on.  I was glad the roof was a little over me, but the players had to play in the snow.  The crowd LOVED it and were going crazy! They were all very happy. 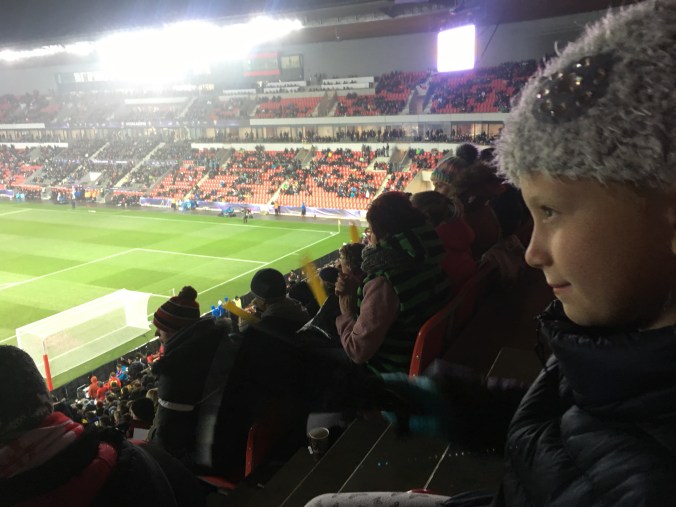 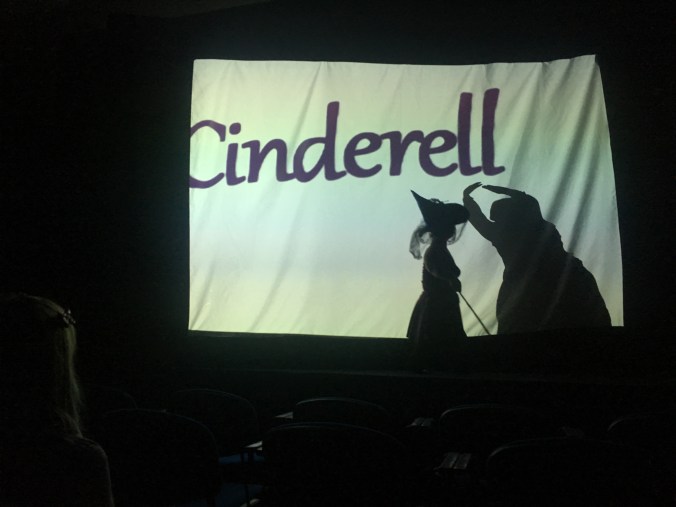 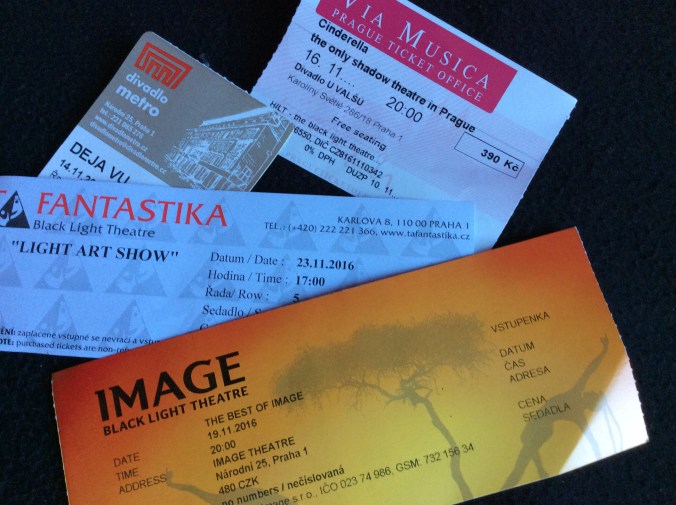 The sidewalks in Prague are all patterns and interesting.  Every single one of them too.  They get slippery in the rain and snow.  They kill your feet when you walk for a long time. 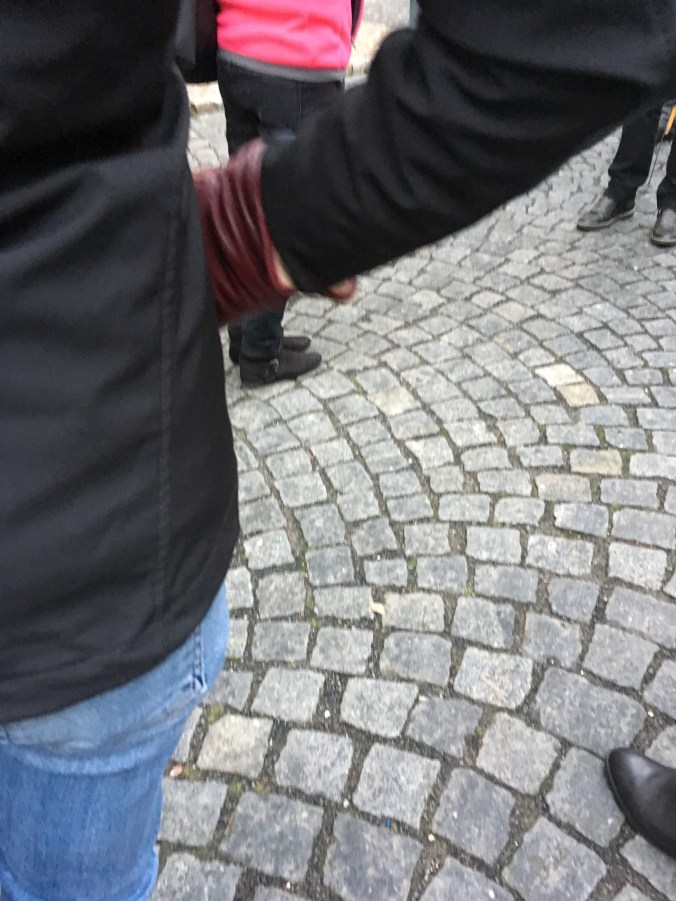 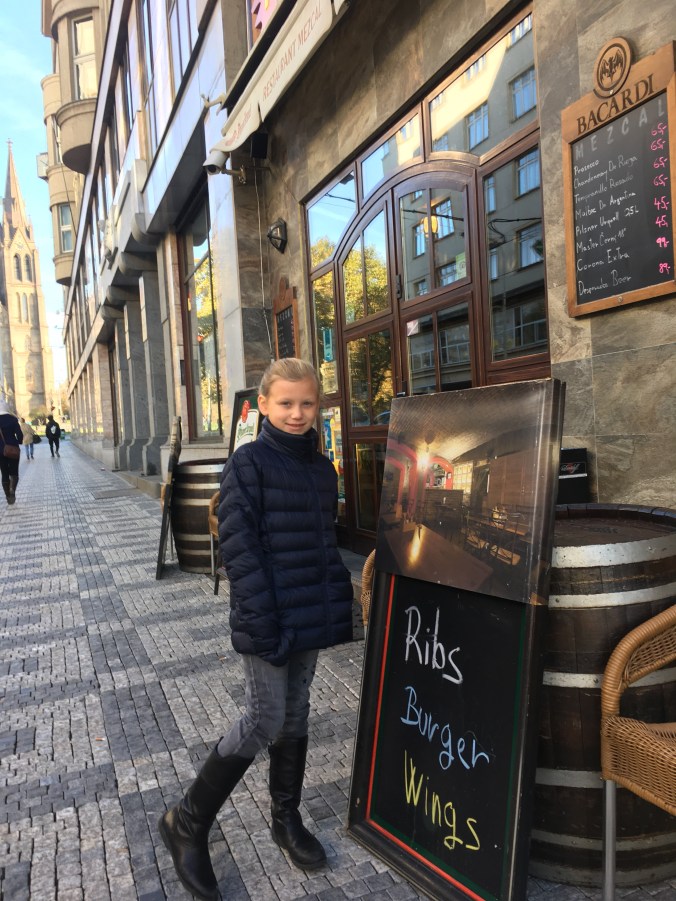 Czech Republic  is known for it’s beer and the love that the people have for the beer. Some say that is why the communist could take over and no one really cared too much.  The communist made sure beer was always super cheap. 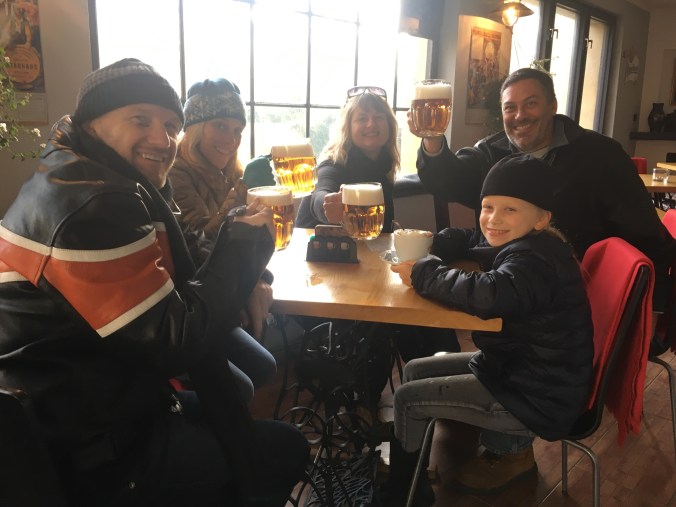 They also have this really yummy cinnamon roll that you can fill with chocolate or lots of other things.  It’s called Trudlik.  It’s everywhere and the best ones are made right in front of you on a fire. 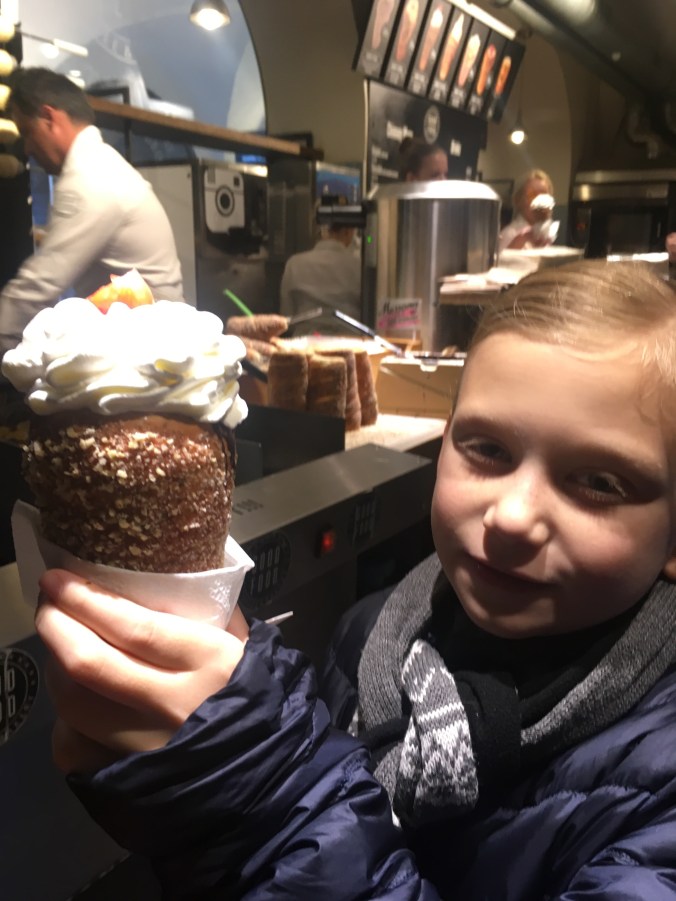 People of Prague really love their fairytales and you can see this everywhere!  You can see puppets everywhere, painted fairytale scenes on shops, goblins and much more.  Maybe It’s because they have the world’s biggest castle.  It is where their present lives.  Hundreds of years ago, they actually had knights on their horses jousting every night inside the castle in this huge room.  That is how HUGE the castle is. 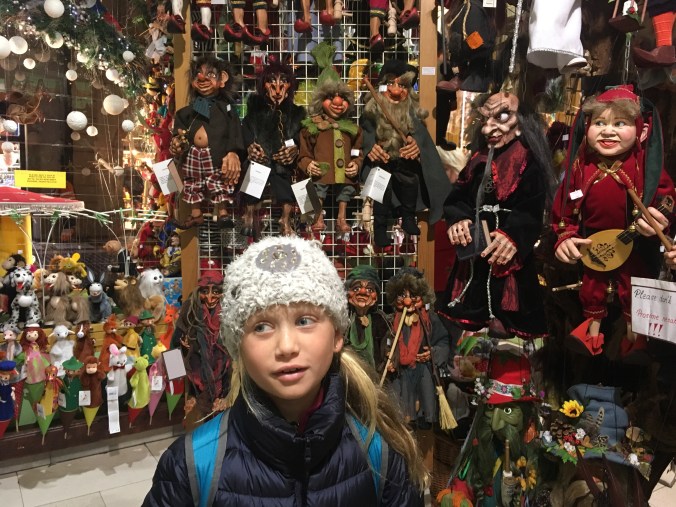 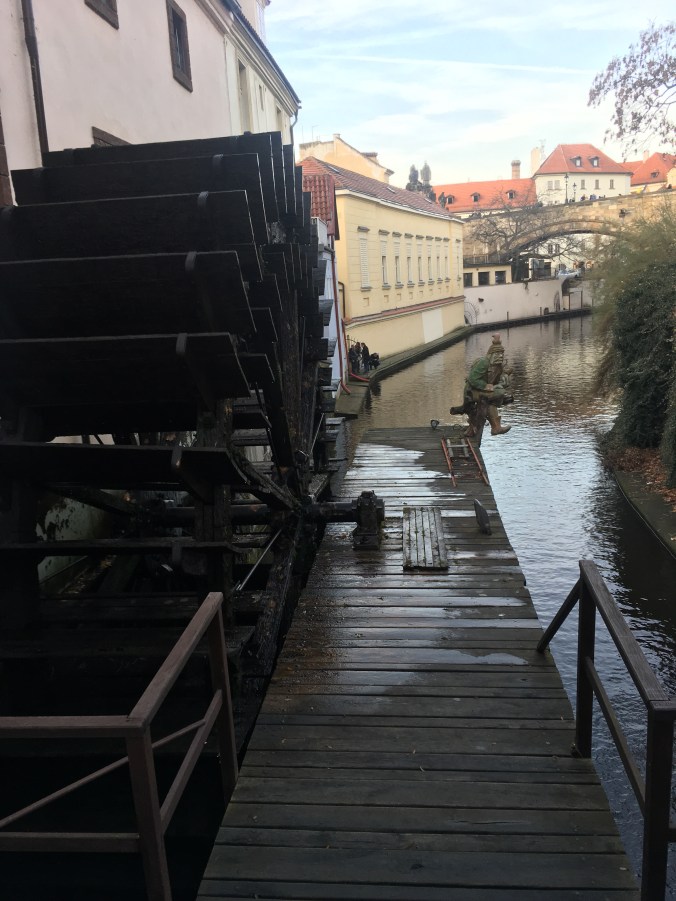 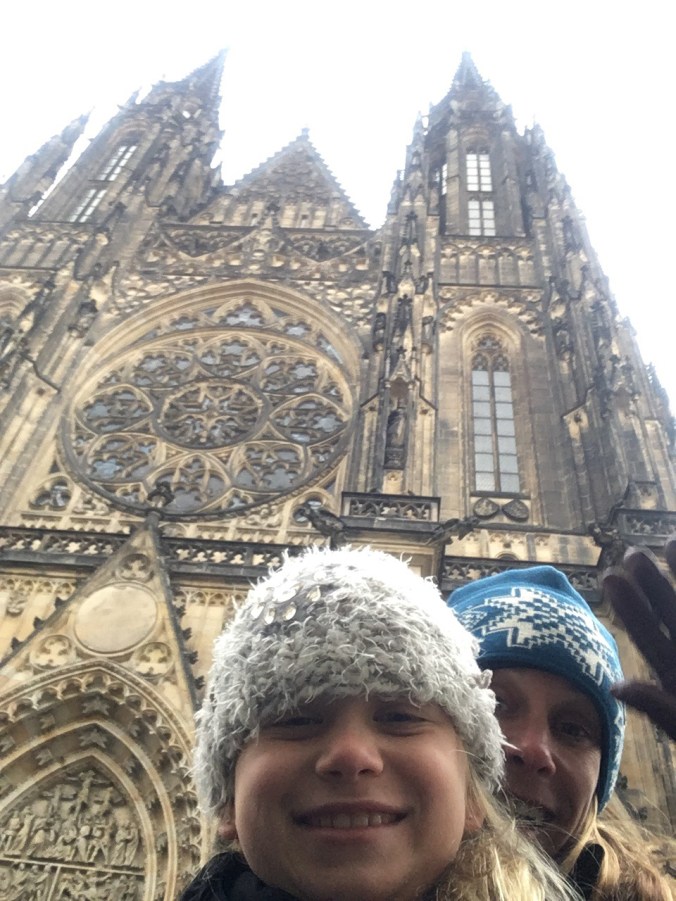 Prague also supports their rebels.  The first photo is of a building that only accepts bitcoin.  They have a machine that is an ATM that gives out Bitcoins.  Bitcoin is hard to explain.  It’s money that no government owns.  So when we got our Bitcoins to buy a bottle of water, it was a piece of paper that they scanned. This building has lots of different things inside of it. It has a coffee shop and a whole floor for hackers.  They also have an area for 3D printers where everyone there all share all their hard work and build on each others ideas.  No one owns anything.

One of their biggest rebels is a artist named David Cheney. He did the big babies below.  They are called the Barcode Babies.  He wants to say that people are now a product. His art is all over town.  And the people in Prague love him.

Prague loves their graffiti artist too.  They even have places around town that graffiti artist can use that is not illegal.  We did see a graffiti artist actually painting some where he wasn’t suppose to.  I was so excited to catch him.  I wanted to take a picture of him, but I thought it was a little too bad to do that and he might get mad. 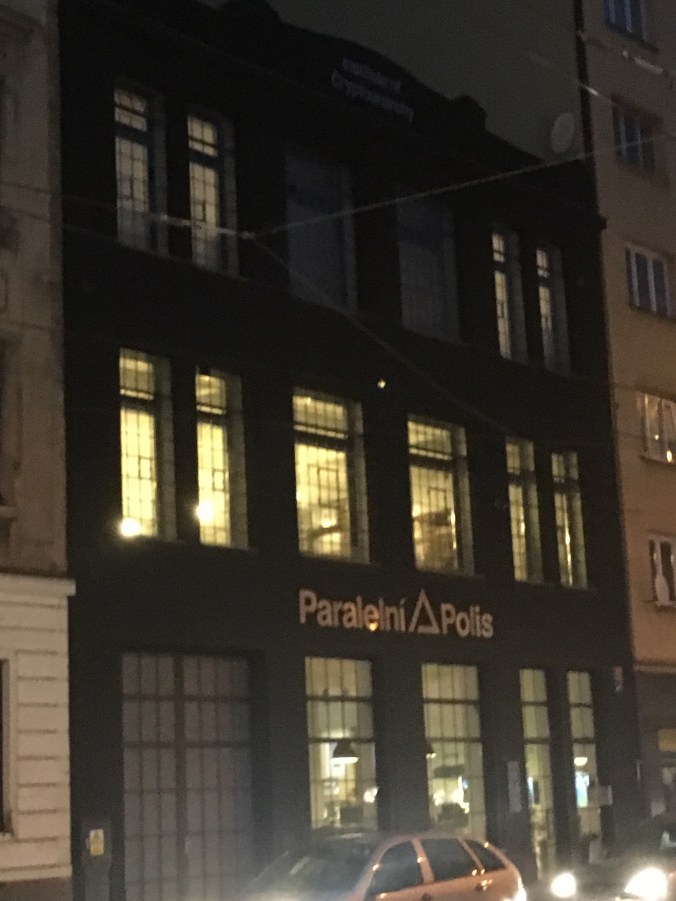 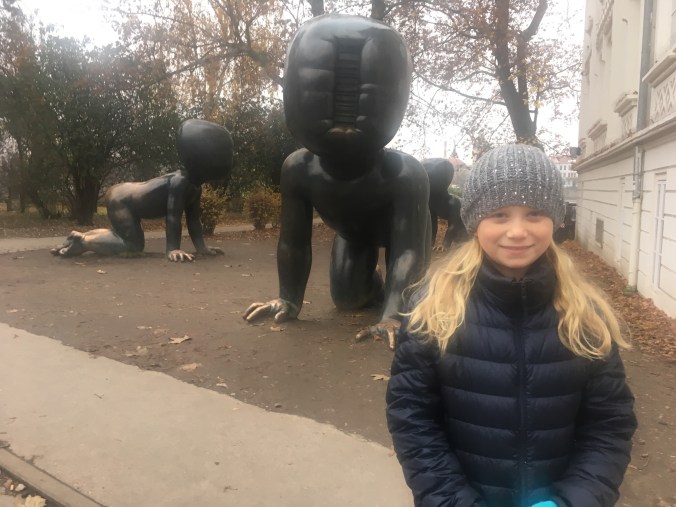 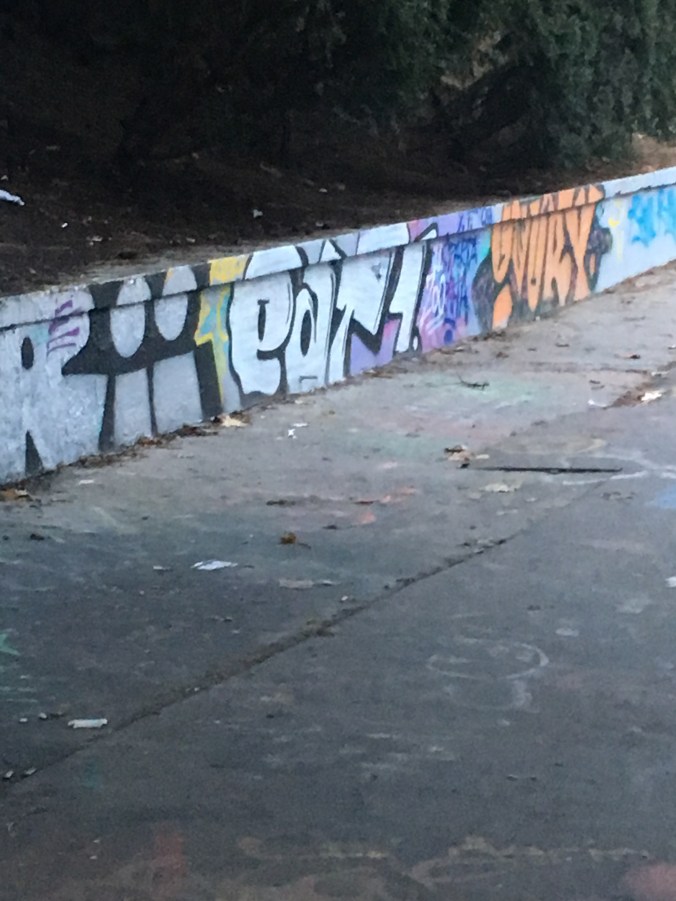 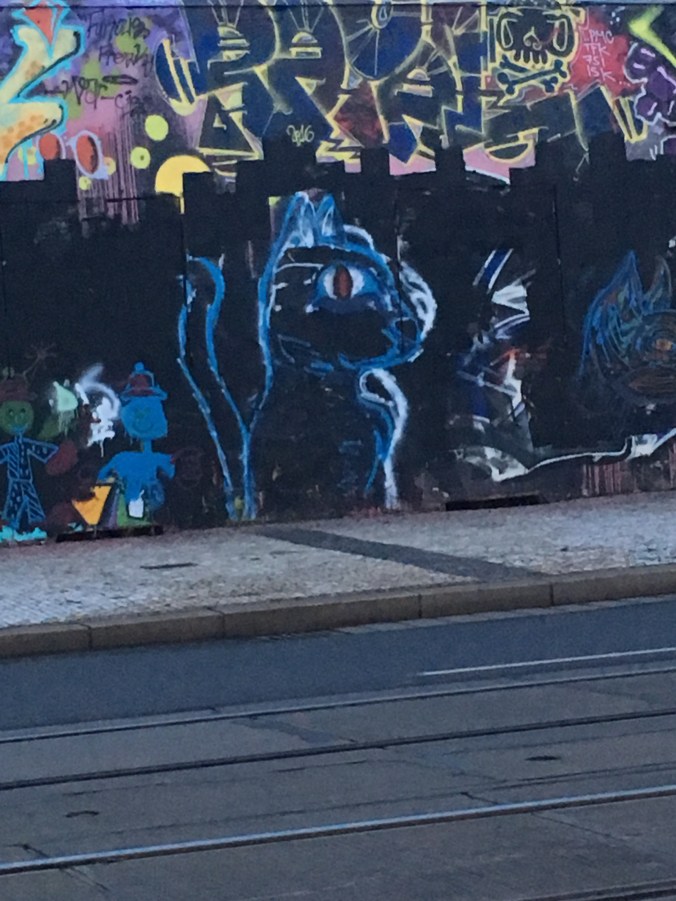 One day we went to Kutna Hora which is an hour outside Prague where we saw a church decorated with BONES! 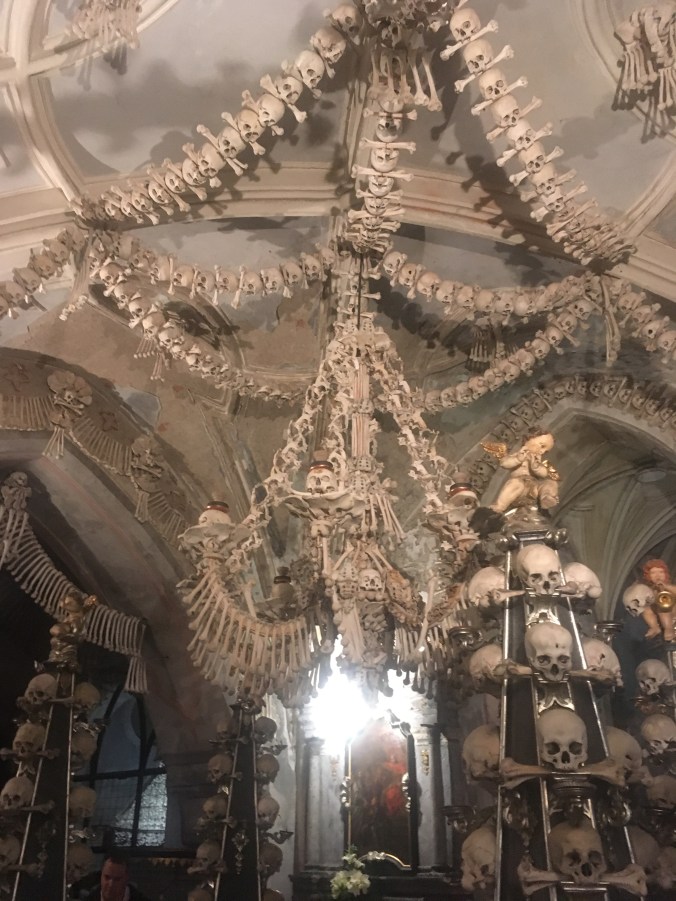 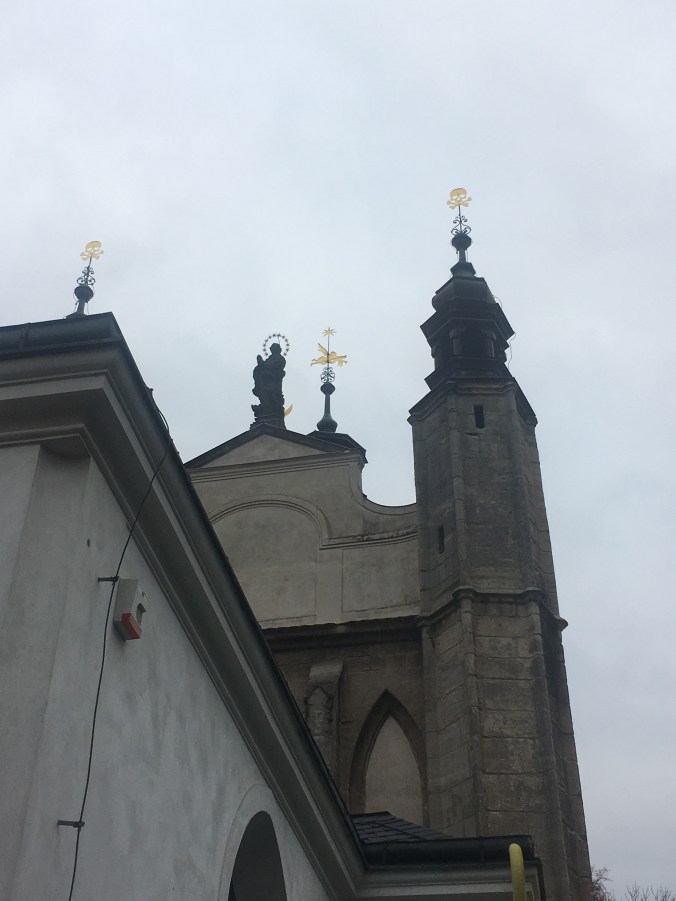 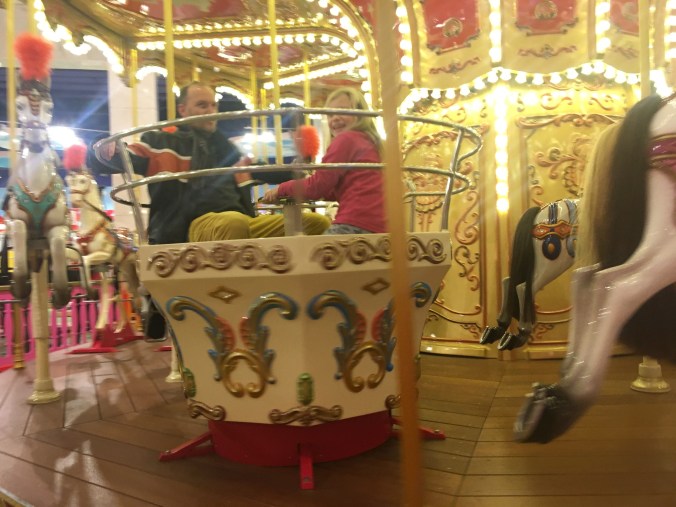 A Sad Day of History